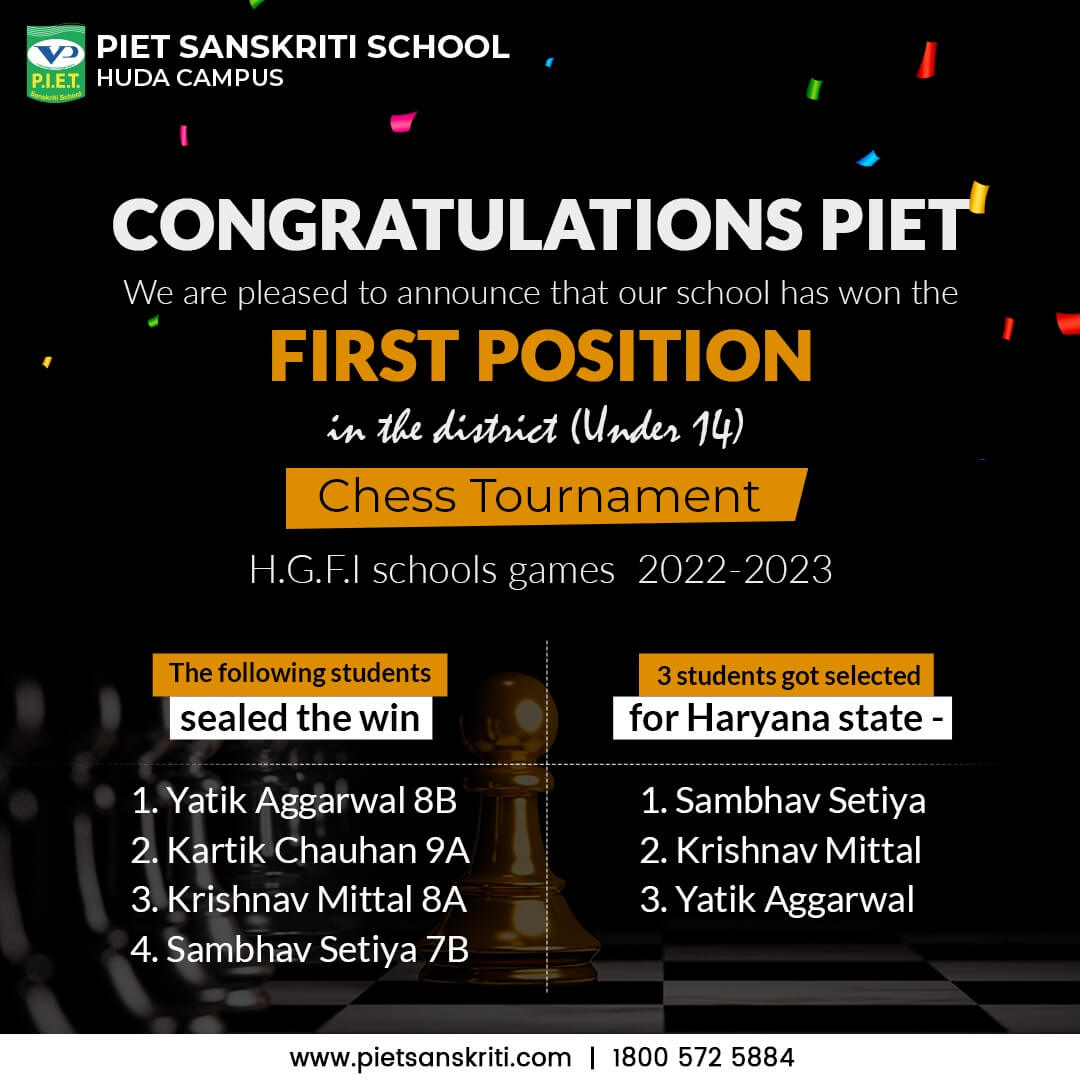 The school has bagged many awards and accolades in session 2019-20. Some achievements worth highlighting are:

Above were some of the achievements in the field of chess and archery. Let’s highlight some achievements by our kids in Martial Arts.

1.In Fourth National Martial Arts Games 2019 held at Nainital from July 26 to July 28, many students such as Dwij, Dhairya, Bhavya, Jai Jai Ram, Priyal etc. from our school made us proud by bagging gold, silver and bronze medals.
2. In third Haryana State Karate Championship Sub-Junior 2019, held in Kurukshetra on 19-20 September, many children from our school won gold, silver and bronze medal. In this event, our school bagged three gold medals.
3. During First Open Haryana State Championship from October 25 to October 26, Priyal, Dhairya and Jai Jai Ram won one gold and two silver medals.

Even in the arena of shooting, PIET Sanskriti School has managed to leave its strong mark. Our school has participated and has won many awards.
1. Madhav Chawla secured first position in 10 mtr rifle category in Haryana Schools District level competition.
2. Many shooters from our school such as Prashant Poonia, Vibhor Midha, Bhavik Gaba, Pulkit Chawla have won many gold, silver and bronze medals in various shooting competitions.